FOLLOW THE STEPS OF PAUL IN GREECE AND TURKEY

1st Day, Athens: Αrrive in Greece to start your journey from Athens to Asia Minor and the “Seven Churches”. Meet and assist at the airport and transfer to the centre of the city. On route to your hotel you will have a first glance of the ancient treasures and Christian history in a condensed city tour with the bus where our guide will point out the House of Parliament, the Tomb of the Unknown Soldier, and Presidential Palace and the Panathenaic Stadium, also known as the Kallimarmaro (the “beautifully marbled”), an athletic stadium in the centre of Athens that hosted the first modern Olympic Games in 1896. Check into your Hotel and have the remainder of the day free to relax or take a stroll along the streets of Athens to enjoy the flavour of the city. Evening free.

2nd Day, Athens – Boat to Samos: After breakfast today you will visit Athens, the foundation of democracy. Early morning visit the Acropolis New Museum with a fabulous view of the Parthenon, and Erectheum before viewing Athens atop Mars Hill where Paul stood and preached the truth to the Gentile nation. A short walk through the narrow streets of the Old city, the famous Plaka with a multitude of shops and cafes. Late afternoon transfer to Piraeus port to get the boat for an overnight passage to the island of Samos.

3rd Day, Samos – crossing to Kusadasi – Ephesus: Early morning arrival in Samos, disembark and transfer to the boat that will take us to Turkey, known as Asia Minor coast. Arrive in Kusadasi get on the bus and with our guide start the full day tour of Ephesus – one of the Seven Churches of Revelation (Rev. 1: 11). In ancient days, Ephesus was a bustling port town of 250,000, graced with wide, colonnade bordered streets. The St. Paul’s first visit to Ephesus was brief – during his second missionary tour (Acts 18:19-21). His second visit lasted about three years – during his third missionary tour (Acts 19:1 to 20:31). Walk the marble-paved street, see the Fountain of Trajan, the Library of Celsus, and the Great Theatre with a capacity of 24.000 spectators. Visit the Chapel of the Virgin Mary (Double Church), where the Third Ancient Council convened. Continue to visit the Basilica of St. John; early tradition associated John, the disciple of Jesus, the author of the Gospel of John and the Book of Revelation with the city of Ephesus. In the 6th century Emperor Justinian had an impressive domed basilica built to replace the earlier church. The church, known as the Church of St. John the Theologian, is located on Ayasuluk Hill, which can be reached by a street leading up from the centre of the town called Selcuk. Visit the Museum of Ephesus for an up-close look at artifacts from the ancient city. Dinner and overnight in Kusadasi.

4th Day, Laodicea – Hierapolis: After breakfast, depart for Laodicea one of the Seven Churches, (Rev. 3: 14-22). The Christians of Laodicea, were chastised for being lukewarm, “You are neither cold nor hot” (Rev. 3: 15), and for being too comfortable incorporating pagan and Christian beliefs. In the famous scripture from Revelation (3: 20-21), Jesus says to the Laodicean church: “Behold, I stand at the door and knock…”. Today, there are many acres of ruins to see, including the stadium and columned streets and a chance to witness the newest excavations in Laodicea. Continue the visit of Hierapolis; an ancient city of pagan cults, Hierapolis or “holy city” was evangelized by Paul and Epaphras. The Apostle Philip lived and is said to be buried here.

5th Day, Philadelphia – Sardis – Thyatira: In the morning depart for the site of Philadelphia also one of the Seven Churches of Revelation (Rev. 3: 7-13). Christ told those who overcame that He would write upon them “the name of my God, and the name of the city of my God, which is New Jerusalem.” (Rev.3: 12) Today, not much is left to mark the spot. You will see an ancient wall and the remains of a Byzantine basilica. Travel to Sardis, another of the Seven Churches of Revelation. Jesus told Sardis, “I know thy works, that thou hast a name, that thou livest, and art dead”(Rev. 3: 1-6). Coins were minted and the dyeing of wool originated in Sardis. You will be impressed by the massive scale of the Temple of Artemis, by the white marble Royal Road, by the gymnasium, and by the synagogue. Visit of Thyatira; was once a busy trading centre and famous in dyeing of purple clothes. Thyatira is one of the Seven Churches mentioned in Revelations tolerated the false prophetess, Jezebel (Rev. 1: 11; 2: 18-29).

6th Day, Pergamum – Smyrna (Izmir): Following breakfast depart to Pergamum; a most memorable experience will be Pergamum, with its acropolis and Great Theatre, the steepest of the ancient world. Revelation 2:12-16 describes the city as “where Satan’s seat is”, a reference to the altar of Zeus, where we pause for reflection on the fulfilment of Scripture. Nearby, visit the Red Basilica; once a pagan temple, it later converted into a Christian church. Finally, walk through the Asclepion, the famous medical centre of antiquity. Continue forvisit ofancient Smyrna; poor and persecuted, the church at Smyrna suffered amidst prosperity for its refusal to worship the Roman Emperor. This proved to be the last stronghold of Christianity in Asia Minor. Overnight at your hotel in Izmir.

7th Day, Smyrna – Chios: Following breakfast visit Smyrna one of the Seven Churches that in contrast to several of the other churches, Apostle John had nothing negative to say about. He did, however, predict that the persecution will continue and urged them, “Be faithful to the point of death, and I will give you the crown of life” (Revelation 2:10). In the afternoon travel to Tsesme and by boat cross to the Greek island of Chios. Overnight.

8th Day, Chios – overnight boat to Athens: Chios is not only the island of blossoms and mastic; it is also the island of saints, a holy place blessed by the lives and miracles of twenty-two (22) local saints. You will visit the Monastery of Agios Stefanos,established in 1880, located in Vrontados, the Monastery of Saint Minas just outside the village of Nehori, currently home to 25 nuns that occupy their time with religious painting, crafts and sewing ecclesiastical garments. The Monastery has become famous and is well known worldwide. It is directly linked with Chios’ recent history and more specifically with the Massacre of Chios in 1822. The traditional village of Mesta withit’s perfectly preserved castle dated to the medieval period. The houses were built one right next to the other, thereby creating a protective wall surrounding the village. The open-hearted and kind people of Mesta still preserve the traditions of the 14th century village. In the evening depart by boat to return to Piraeus port & Athens.

9th Day, Athens – Delphi – Arachova: This morning we will depart towards the mainland of Greece with destination Delphi. On our way to Delphi we will stop to the monastery of St. Loukas and to the picturesque village of Mt. Parnassos: Arachova. Arriving in Delphi we will visit the oracle site and the unique Archaeological Museum, including the famous statue of the Charioteer. Evening free. Dinner and overnight.

10th Day, Delphi – Kalambaka – Meteora: Following the breakfast today we depart from Delphi to drive towards Kalambaka. We will visit two of the most famous and breathtaking monasteries in Meteora, built on the cliffs overlooking the plain of Thessaly. Evening free. Dinner and overnight.

13th Day Thessaloniki – Mount Athos Cruise: In the morning we leave Thessaloniki and drive to Ouranoupolis in Chalkidiki. Upon arrival a cruise ship will take us along the west coast of Mount Athos. Along the way you will see Europe’s most unique 1000-year old Monastic Republic. Today approximately 2000 male monks live on this Holy Mountain and follow strict Byzantine rules and rituals. We will have the opportunity to see the monastery of Souroti where father Paisios lived. Early in the afternoon, our boat will return us to the quaint fishing village of Ouranoupolis for a delicious lunch at a local restaurant. We will return to Thessaloniki in the early afternoon. Evening free. Dinner and overnight.

BE OUR GUEST FOR A LIFE TIME EXPERIENCE!!!

Please do not hesitate to send us your request at the following Email address: 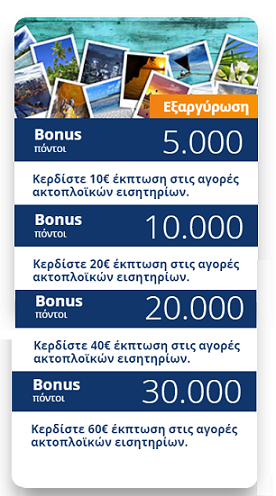 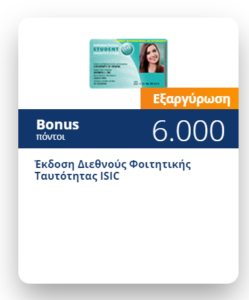